Story : Roomies Anshul (Kartik), Tarun (Omkar) and Siddharth (Sunny) are also close buddies. They find love simultaneously with Ruchika (Nushrat), Kusum (Ishita) and Supriya (Sonnalli), respectively. However, they discover the perils of being in a relationship soon enough.

Four years back, in ‘Pyaar Ka Punchnama’, we had three guys busy doing the guy thing: slopping around in a messy shared flat and thinking of girls, girls, girls, all work a by-product of this desire. Despite its pointedly callow pro-bro point of view, in which girls were all strictly hos, ‘Pyaar Ka Punchnaama’ was mostly fresh and funny in a we-are-all-poor-trod-upon-guys- together kind of way.

In ‘Pyaar Ka Punchanama 2’, all we get is more of the same, minus the freshness and the age-appropriate smart lines. The guys are older, live in a fancy home, and at least one of them earns much better. But they show no signs of being wiser or more able to manage their so-called love lives. Correction: dating life, which doesn’t seem to have as much ‘love’ in it, or any emotion approximating it, as juvenilia of the did-you-score kind.

The same old ‘bechara bhai-dom’ laced with the sort of casual ‘gaalis’ which were naturally used in the original appear forced this time around. And anyway they are blipped out, so we can see their mouths going ‘ooo’ which makes us supply the ‘ch’ sound all through the film: it’s not just the boys, even our presumed tolerance for cheerful invective has regressed.

Of the original cast, only one male actor has been retained. The girls are all back. And guess what, they are exactly the same stereotypes as last time, only more exaggerated and tiresome. One (Nushrat Bharucha) lets a male ‘old best friend yaa’ into the party, expecting her lover ( Aaryan) to ‘understand’. Another (Ishita Raj) is a gold-digger in an equal-rights guise, and it takes her credit-card bearing boyfriend (Omkar Kapoor) the entire length of the movie to suss her out. And the third (Sonnalli Seygall) keeps her wide-eyed fellow (Sunny Singh) dangling, while she’s off doing other stuff.

The girls are shopaholics. They are to be seen in various malls, speedily acquiring expensive cell phones and dresses which they do not ante up for: of course not, we are girls, what do you take us for? They are flighty. Not one has a good bone in her toned-by-hundreds-of-hours-on-the-treadmill bod. If an alien watched this film, it would go away thinking all girls are like these three supremely annoying manipulative young women.

As for the guys-who-are-forever-mamma’s boys, they are the victims of these devious females, who use their wiles, reel them in, and then string them along. Not one of them climbs out with any perspective or insight at all. What’s that?

The first ​had some punch and​ was okay for a bunch of laughs. The sequel is flat and unfunny.

These are the official review by indian express & they give rating of one star to this movie.

The makers of Pyaar Ka Punchnama 2 (PKP2) should sue the CBFC for beeping out portions of punchy dialogues because the lines happened to be prefixed or suffixed with cuss words. Five minutes into the film, there are some six be…eps that act as irritants. Come on Censors, the film is certified ‘A’, then why moral police things further? That apart, there is not much difference between Luv Ranjan’s PKP2 and its prequel. The same philosophy — women nag, which is why men prefer to sh*g — is flogged. There are several LOL moments in the first half, when the roomies initially find love.

Siddharth/Chauka finds himself attracted to Supriya at a wedding in Meerut. She downs her whisky with half soda and half water. But in front of her parents, she pretends that she’s a vestal virgin! Anshul/Gogo falls hook, line and sinker for Ruchika/Chiku. She’s a rich bimbette, a la Veronica from Archie comics. But this one whines and wails. Tarun/Thakur ends up loving a shrew called Kusum, who is calculating. So exaggerated is the shrewish aspect of her character, it rankles.

What’s welcome as far as these bimbettes go is that they have envious figures and they work as terrific eye-candy. However, despite their hot bodies, they lag way behind as actresses. Instead of being flesh-n-blood characters they end up being lipstick-n-pancake caricatures.

The camaraderie between the boys rings true as does their claustrophobia around their women. The saving grace, in the not-so-sharp second half, is a seven-minute monologue done by Gogo, where he explains, no matter how hard you try, you can never please a woman! What’s sad is that the squabbles between the men and their girlfriends lose steam as they are grossly exaggerated, repititive and puerile. In all fairness, this film may resonate with some masochistic sorts who like taking a whipping in love. Or still others, who just enjoy a few laughs at the cinemas each week!

Boys will be boys. No issues. But must they be such insensitive dolts? Luv Ranjan, director of Pyaar Ka Punchnama 2, seems to think that the worse they are the better.

His film homes in on a trio of Delhi-NCR boys who share a swanky flat, drink like fish, party hop, and rib each other endlessly as they hunt for love.

What they clearly lack is tact, common sense and luck in relationships.

The girls that they hook up come with their own set of problems and the three boys have no clue how to tide over them.

They sink deeper and deeper into a quagmire because, like the film they are in, they believe a girl is only an object of desire to be acquired and controlled.

Each of them hits upon a girl without so much as a by your leave, and proceeds to boorishly force himself upon her.

The first encounters take place in a party, at a wedding and in the gym and the film has no room for either subtlety or finesse in the way the relationships evolve.

The 2011 sleeper hit of which Pyaar Ka Punchnama 2 is an ill-advised repeat act was a passable, if seriously dodgy, romantic comedy in which women were blamed for all the troubles of mankind.

Pyaar Ka Punchnama 2 does pretty much the same, but the novelty has worn off and it is saddled with an insufferably inept screenplay.

The result: this tawdry boys-meet-girls rigmarole is a whole lot of unbearable blather.

The very first scene of the film points to what might be up ahead. Three boys in a car are caught in a Delhi traffic jam.

They bicker angrily over who should drive on the way back from the party that they are headed to.

Life is a party for these guys all right, but once the bingeing is done, messy snarls are inevitable. And they go around in circles and get nowhere.

Happy-go-lucky yuppie Anshul/Gogo (Kartik Aaryan) meets the bohemian Chiku (Nushrat Bharucha), who, like the boys, shacks up with a couple of her friends.

Complications arise when her ‘best friend’, a boy nursing a broken heart, moves in with her. What the hell, goes Gogo, but his woes do not go away.

Software engineer Siddharth/Chauka (Sunny Singh) falls for Supriya (Sonnalli Sehgall), who lives with her ultra-conservative and possessive parents and cannot bring herself to tell them that she is dating a boy.

Trouble erupts when the girl’s dad asks Chauka to create a profile for his daughter on a matrimonial website and the latter has no choice but to comply with his request.

To the lot of Tarun/Thakur (Omkar Kapoor) falls the cautious and independent-spirited Kusum (Ishita Raj), who on their very first date insists that they must split the damages for a bottle of wine.

The endless prattle that the boys indulge in among themselves, and with the girls in their lives, is so irritating and shrill that no earplug can shut it out.

Matters are worsened by the songs. One of them is the rueful Dekho ban gaye kutta (See, we’ve become dogs).

Every time Chauka is painted into a corner by his girlfriend, the wailing of a puppy in pain can be heard on the soundtrack.

If Pyaar Ka Punchnama 2 is suggesting that boys in love are like helpless domesticated canines, what better can one expect from a film that is gone to the dogs from the word go.

It actually does much worse in pouring scorn on the distaff side of humanity.

The character played by Kartik Aaryan, when things begin to go out of the control of the cocky boys, launches into a monologue enumerating the many disruptive frailties of women.

Coming from a guy who uses his mobile phone to secretly record a conversation between his girlfriend and her flat-mates and then plays it back to them to claim victimhood, the misogynistic tirade is as misplaced as anything else in the film.

Nothing in Pyaar Ka Punchnama is more grating than what is sought to be passed off as acting.

The cast members should have been put through a crash course on how not to go overboard and fall over each other when the camera is switched on.

The worst offender on this count is the over-enthusiastic Nushrat Bharucha, who hams away to glory.

About the only relatively likeable performance is delivered by Sunny Singh, who plays the boy who is reduced to running errands for the girl who has him in her thrall.

This is the review of pkp 2 by ndtv.

After first day reaction of public IMDB shows Readers Rating 8.5/10 based on 213 users rating. 8.5 out of 10 is quite high movie rating according to review by viewers. Check live Pkp 2 rating on IMDB >> Live Movie Rating 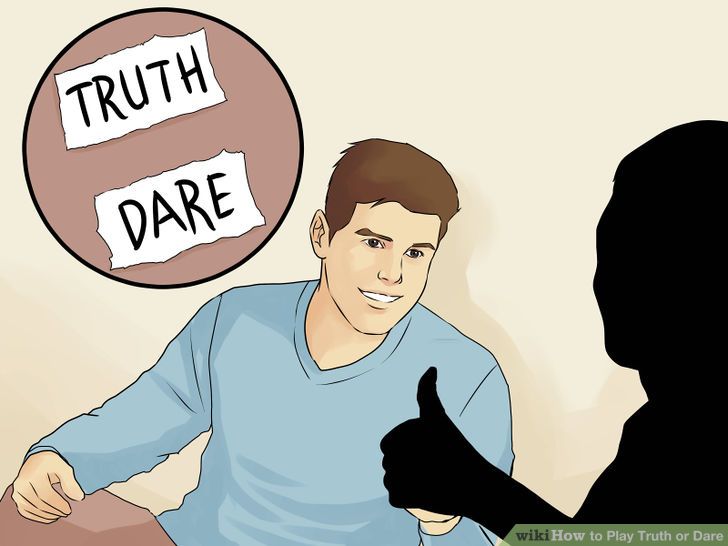