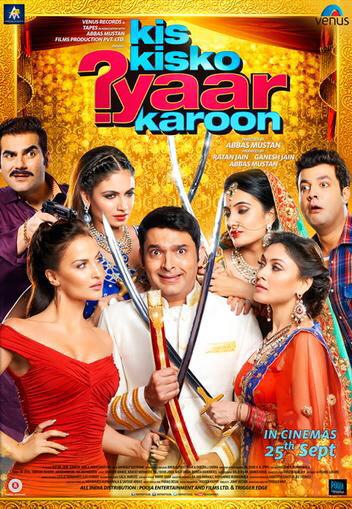 Starring Kapil,34, as the lead, the film also features, Arbaaz Khan, Manjari Phadnis, Simran Kaur Mundi, Elli Avram and Varun Sharma in prominent roles. The poster sees, the comedian dressed up as a groom donning a sherwani, surrounded by his four supposed love interests. Arbaaz, who was last seen in Dabangg 2, is seemingly playing the character of a local don. Trailer of kis kisko pyar kru will be launched on 13th of august.