The Building Bye laws, 1983 are applicable in Municipal limits. As per provisions of DMC Act, 1957 under Section .332,333 allowed within the Municipal limits without prior approval of Commissioner.

The responsibility of authenticity/ genuineness & validity of the documents submitted by Owner (S) and Architect (S) shall lie with them only. 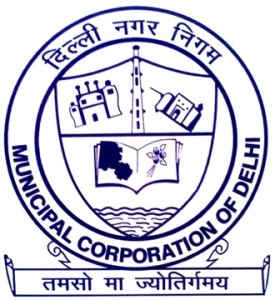 B. PROCEDURE FOR ACCEPTANCE OF BUILDING PLAN APPLICATION SHALL BE AS FOLLOWS:-

1 Building plan application will be entertained/ accepted and sanction will be issued under Section 336 of the DMC Act, 1957 and under the provisions of Building Bye-Laws, 1983 Master plan for Delhi 2021 & other zonal regulations.

2 A stamp shall be affixed on the plans and the sanction letter that the sanction has been accorded on the basis of documents/ affidavit/ undertaking submitted by the registered architect (S) and the owner (S). In case, any misrepresentation, discrepancy in respect of provisions of Master Plan of Delhi 2021, Building Bye Laws, 1983 and other Zoning Regulations is found at any stage, sanction shall be deemed revoked, beside other action including forgery for giving wrong statement against the architect (S)/ owner (S) will be taken. The defaulting architect (S) shall not be allowed to submit the building plans under this scheme in future in MCD and the matter shall be reported to the Council of Architecture to take appropriate action against the concerned architect.

3 The Architect shall be responsible to ensure that building plans submitted for immediate sanction under this procedure, has been prepared in accordance with the provisions of MPD-2021, BBLs, 1983 & other Zoning regulations applicable. In case, any violation is found at any stage, sanction accorded shall be deemed revoked besides other actions and no claim shall be made from MCD by the owner for the construction carried out in lieu of this sanction.

Dtage, sanction accorded shall be deemed revoked besides other actions and no claim shall be made from MCD by the owner for the construction carried out in lieu of this sanction.

The procedure of Test Check to be followed shall be as under:-

The cases for random test check will be selected to the extent of 20% of the cases from the list of sanctioned issued during the preceding month, through a computerized progamme which shall be put up to the Additional Commissioner (Engg.) and the Deputy Commissioner of the Zone for the cases sanctioned at Building (HQ) and zone respectively for the preceding month within 1st week of the month. The details of the cases selected for sanction and test check shall be maintained in a separate register

In case, no valid proof of the existing structure proposed for demolition has been submitted, the same is demolished before sanction of the building plan.

(v)           Any mis-representation, false statement found in Building plan Application shall be reported by the JE/AE as the case may be.

vii)       In case no action is warranted, the file shall be sent to the record.

VIII)   n case of lapses where minor action (i.e submission of any form/ document/ affidavit, minor correction in the plans etc.) is warranted on the part of the architect & owner in submission of documents & Plans shall be got rectified.

iX)       In case of major lapses (i.e misrepresentation or fraudulent statement contained in the notice of building permit, concealment of fact, existing structure which are non-compoundable i.e infringement of setback etc., number of dwelling units, ground coverage, FAR and extra floor beyond permissible, etc.) where major action is warranted, the action as per DMC Act, 1957 shall be initiated. The file shall be processed for explanation of the architect and a reference shall be made to the Council of Architecture against the professional misconduct of the Architect, including revocation of the building plans. And action, if warranted against the owner shall also be taken as per the provisions of the Law and the DMC Act, 1957.

The Senior authorities are at liberty to exercise the check of any such sanction plan over and above the aforesaid stipulation. Zonal authorities are required to submit details of sanction plan on monthly basis latest by 5th of the next month including the cases of mis- representation observed during random check.

The building department of the Zone shall carry out the inspection of the properties/ premises during construction period as per the laid down procedure already circulated. It shall be ensured that the construction is being carried out as per the provisions laid down in MPD-2021/ Building Bye Laws, 1983 and other Zoning Regulations. Discrepancy/ violation in respect of sanction, if any found, shall be reported to the sanctioning authority i. e EE(B) of the Zone/ SE(B) HQ as the case may be.

These are the rules and procedure to pass a Building Plan in Delhi by Municipal Corporation of Delhi. You can also hire an Architect. Who can do all the work for you from designing of building plan as per your requirement to submit your plan in MCD.